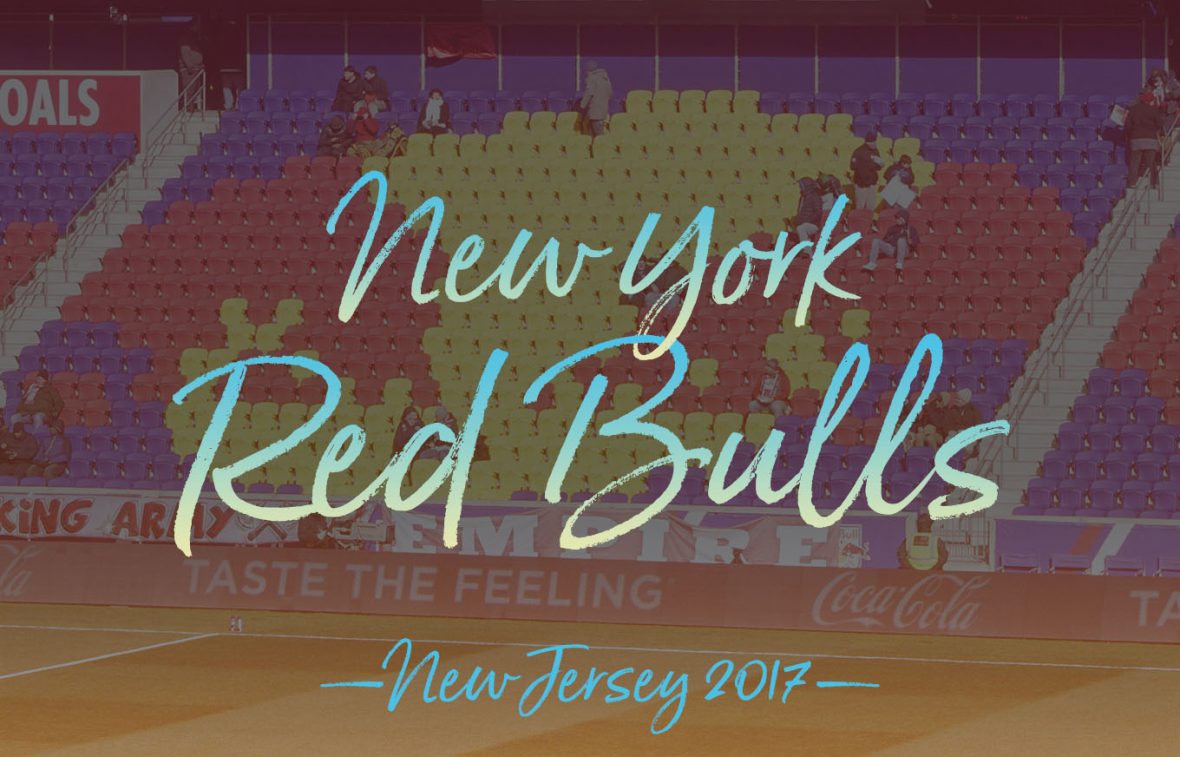 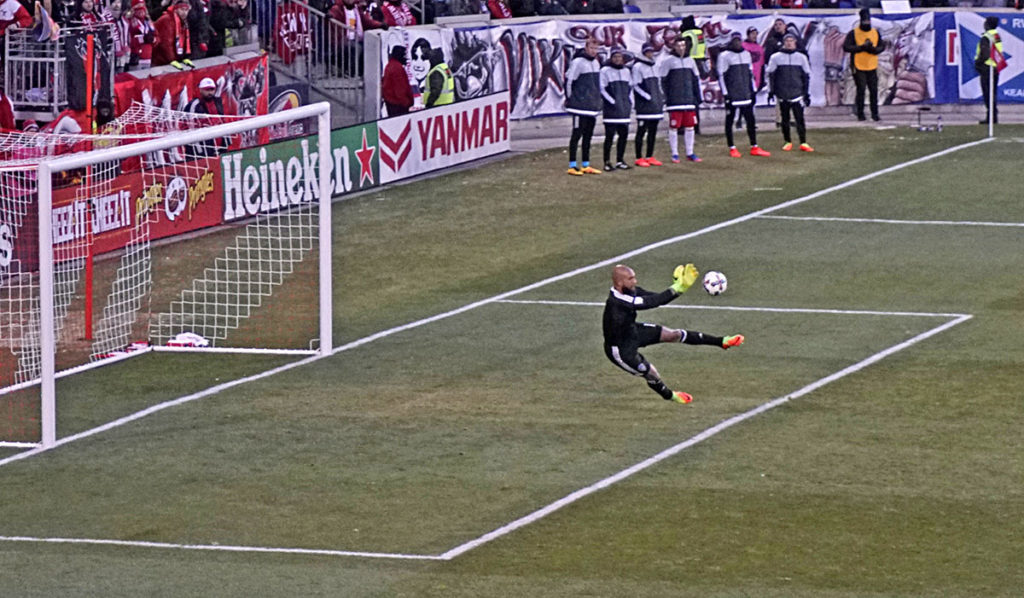 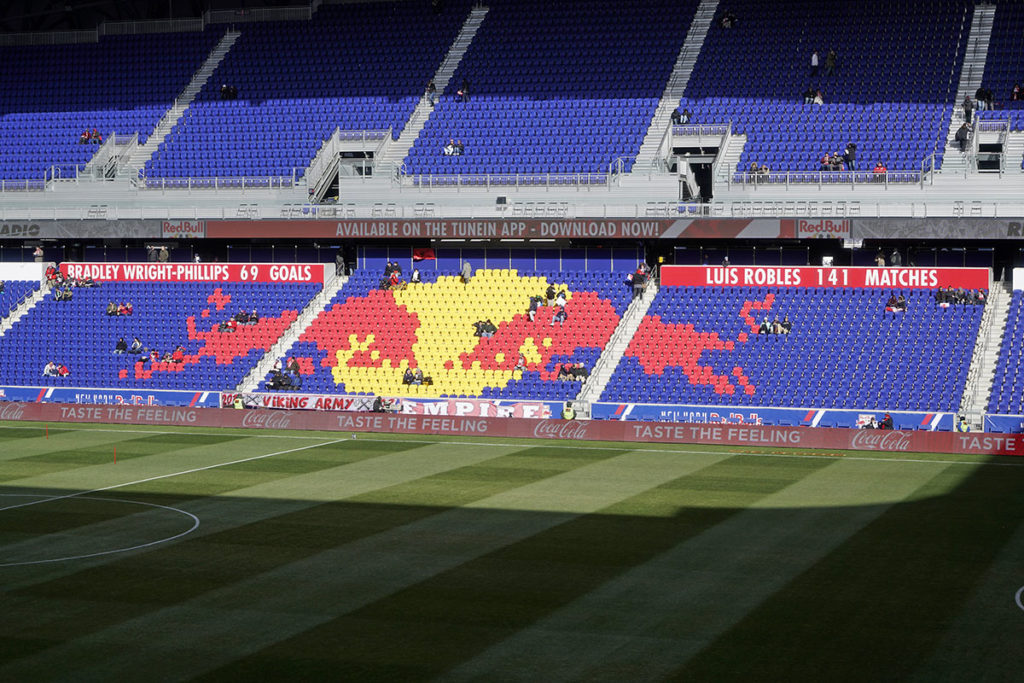 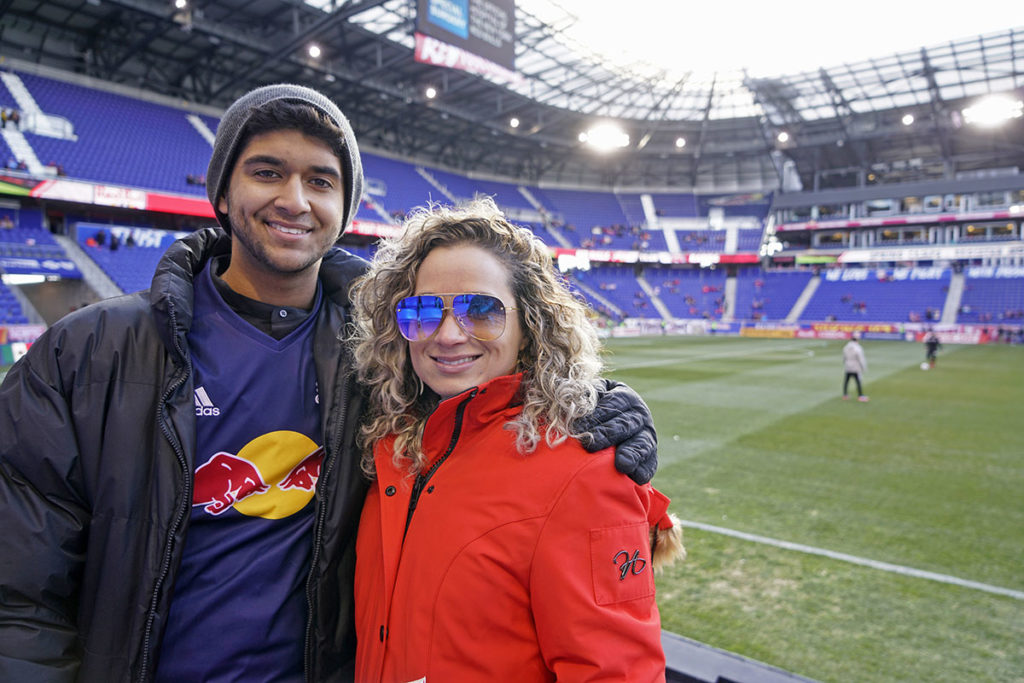 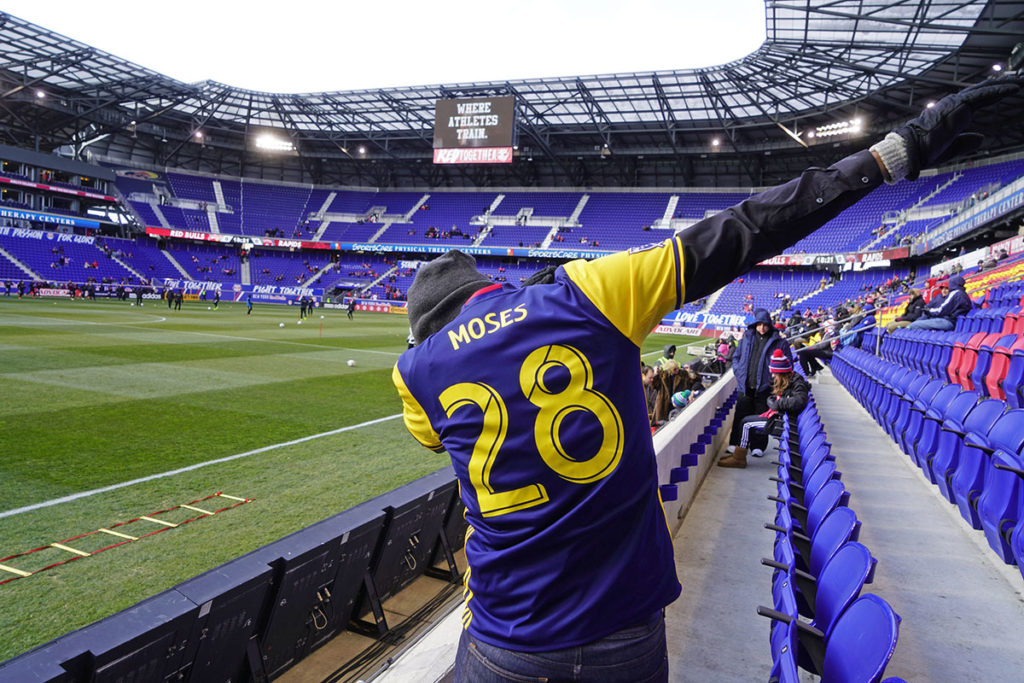 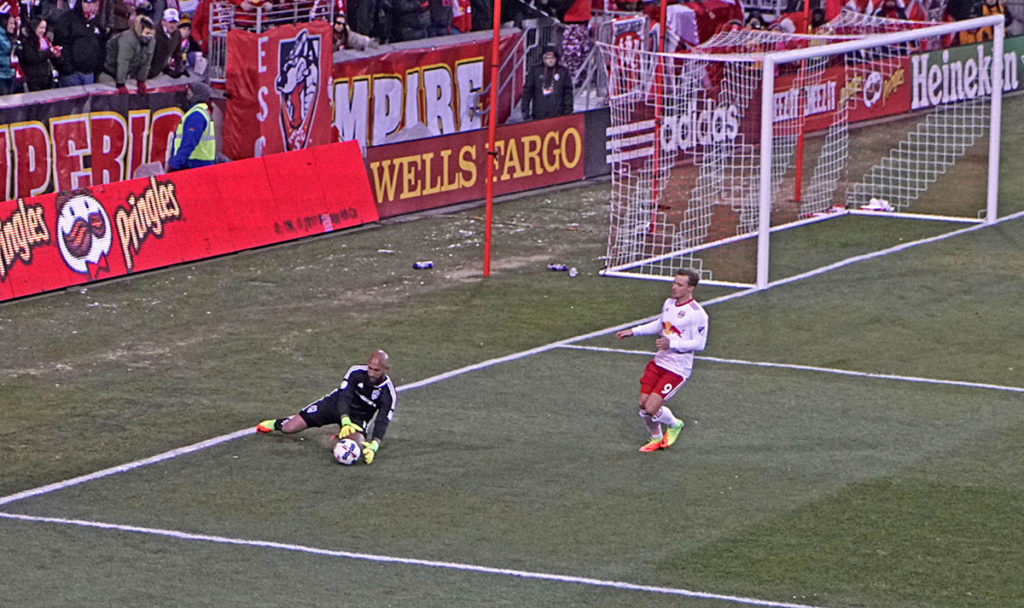 Goalie catching the ball from the opposite team

New York Red Bulls warming up for the game 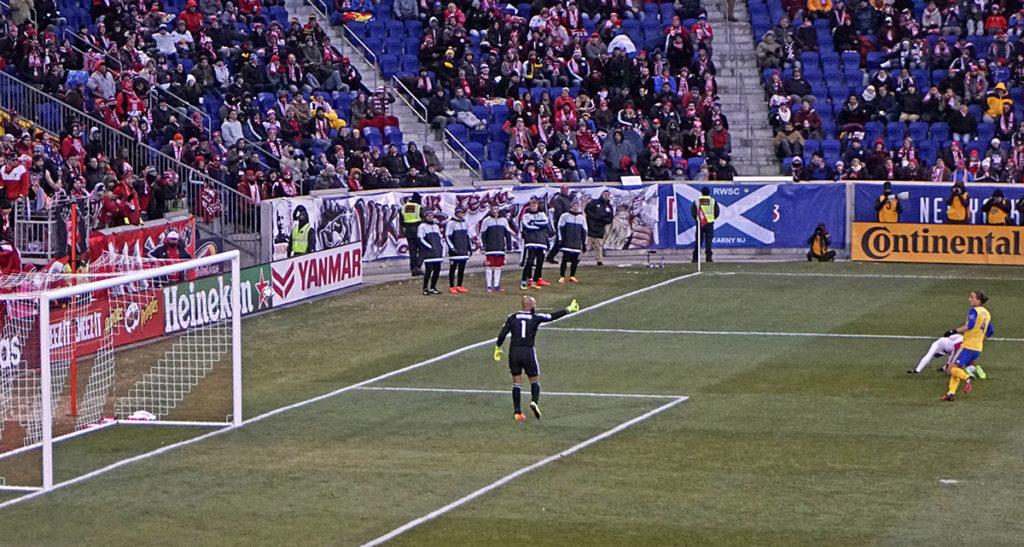 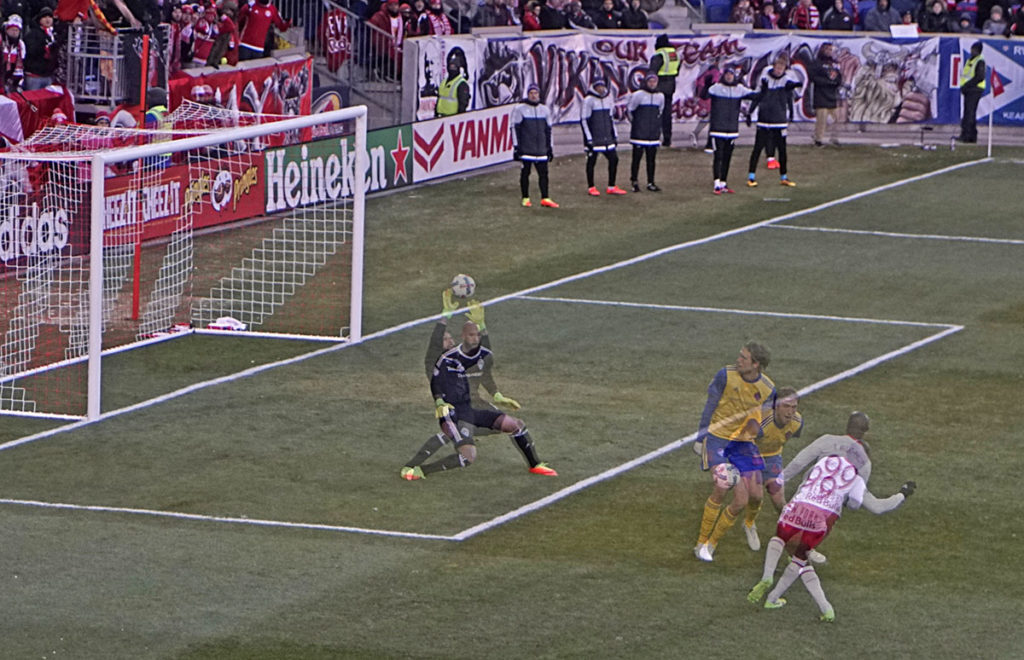 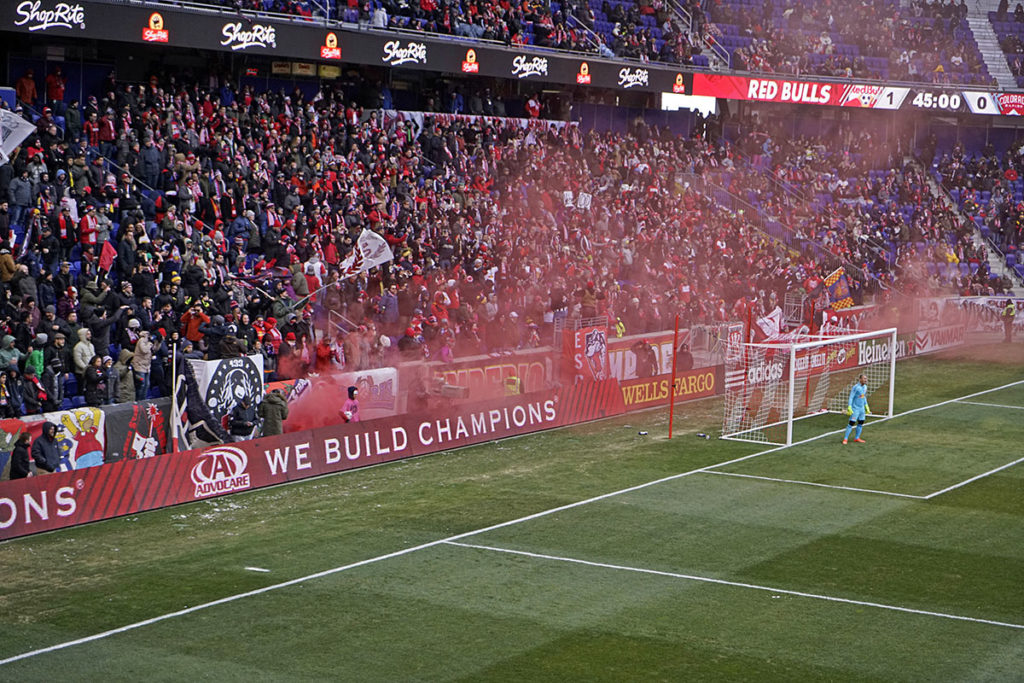 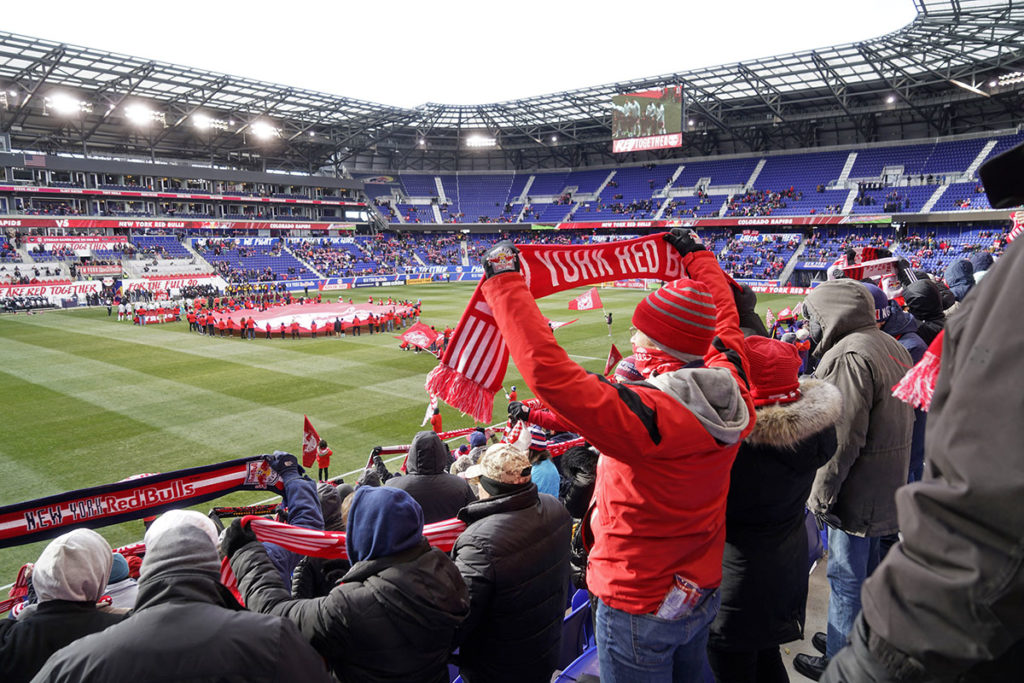 The freezing cold didn’t slow the action in the Red Bull Arena In Harrison, New Jersey in mid-March as the Red Bulls took on the Colorado Rapids. Only the goalkeeper, Tim Howard prevented the Bulls’ Bradley Wright-Phillips from creating a staggering lead over the Rapids. And appearing for his 142nd consecutive start, Luis Robles set an MLS record. The Bulls won 1-0 over the Rapids in grueling competition. Up next? The Bulls will be at the Seattle Sounders FC on March 19. 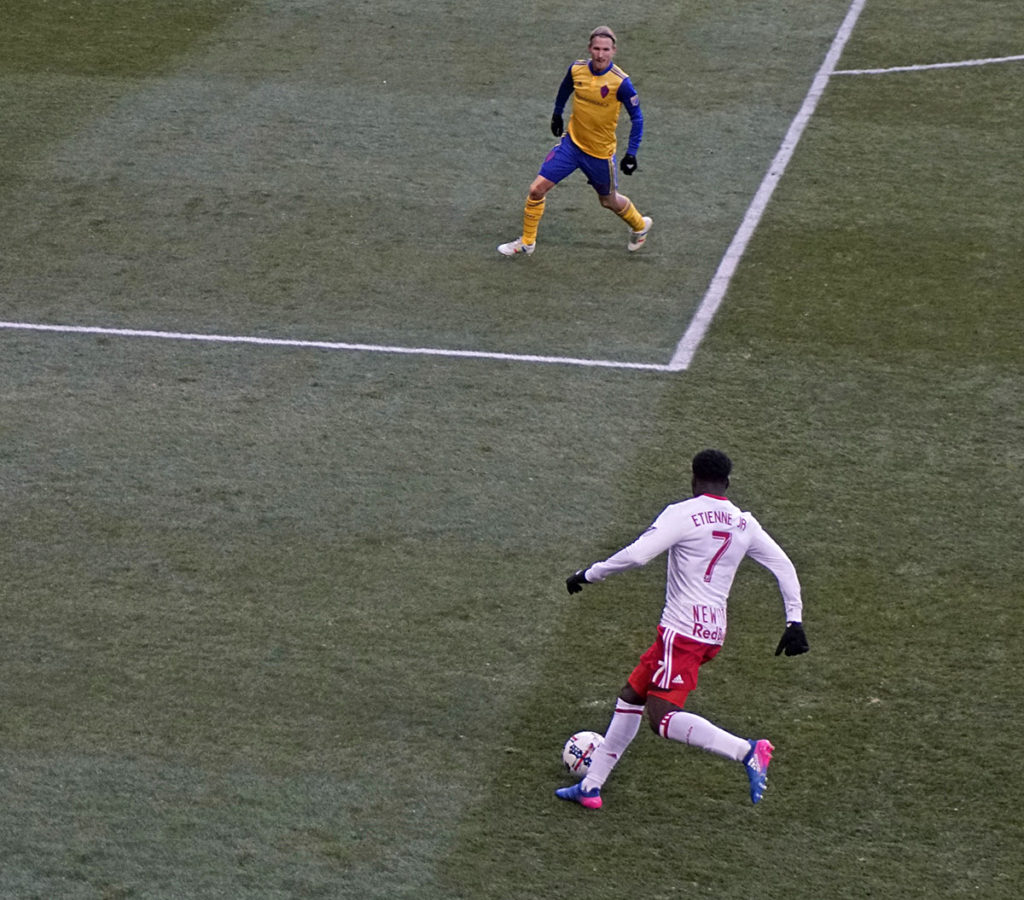 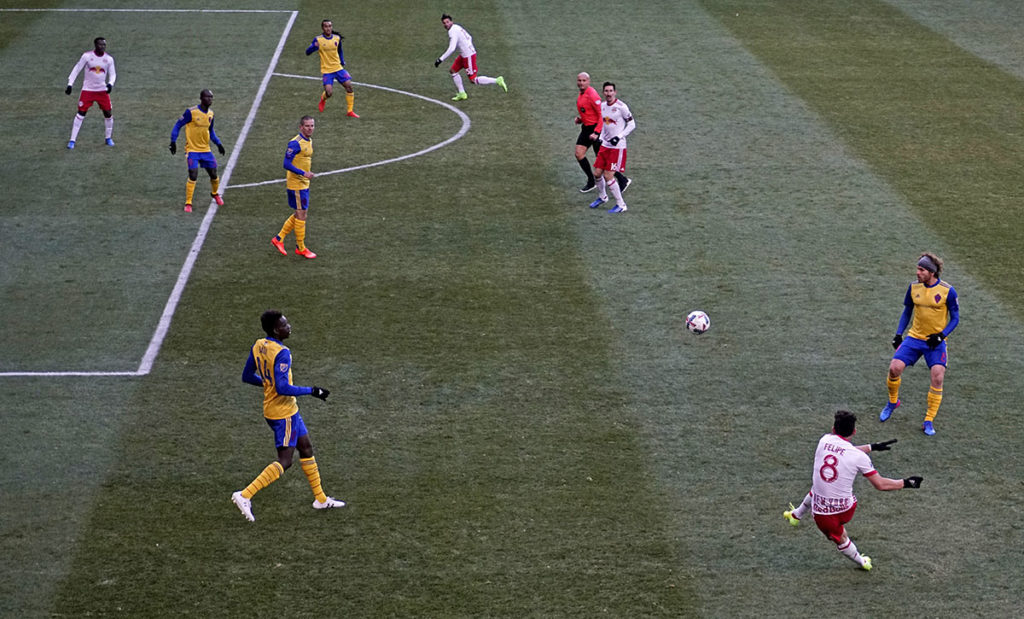 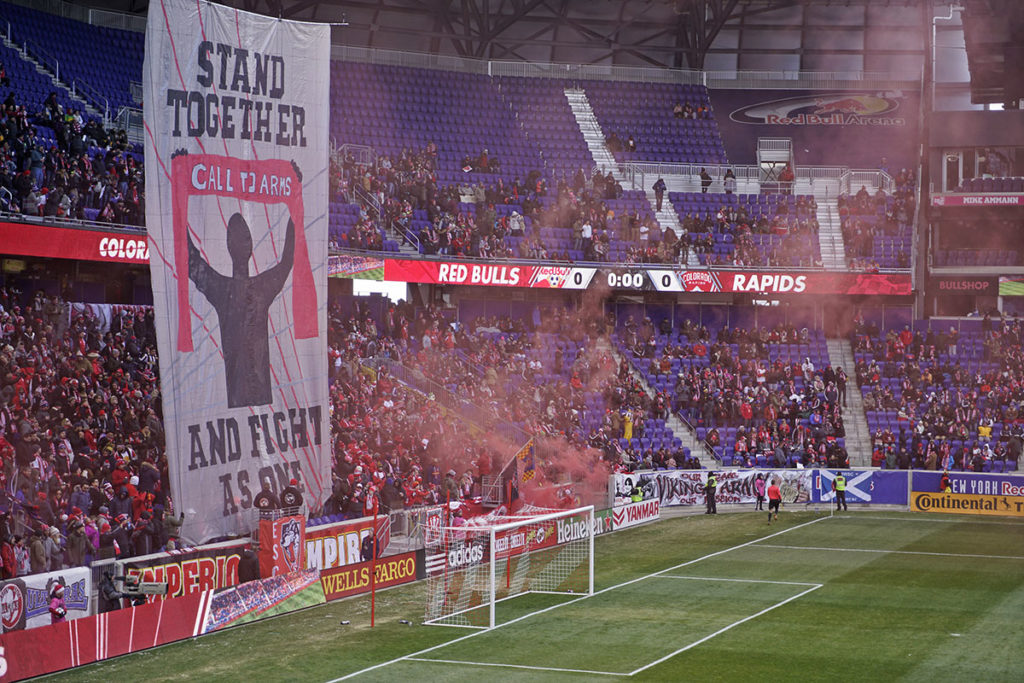 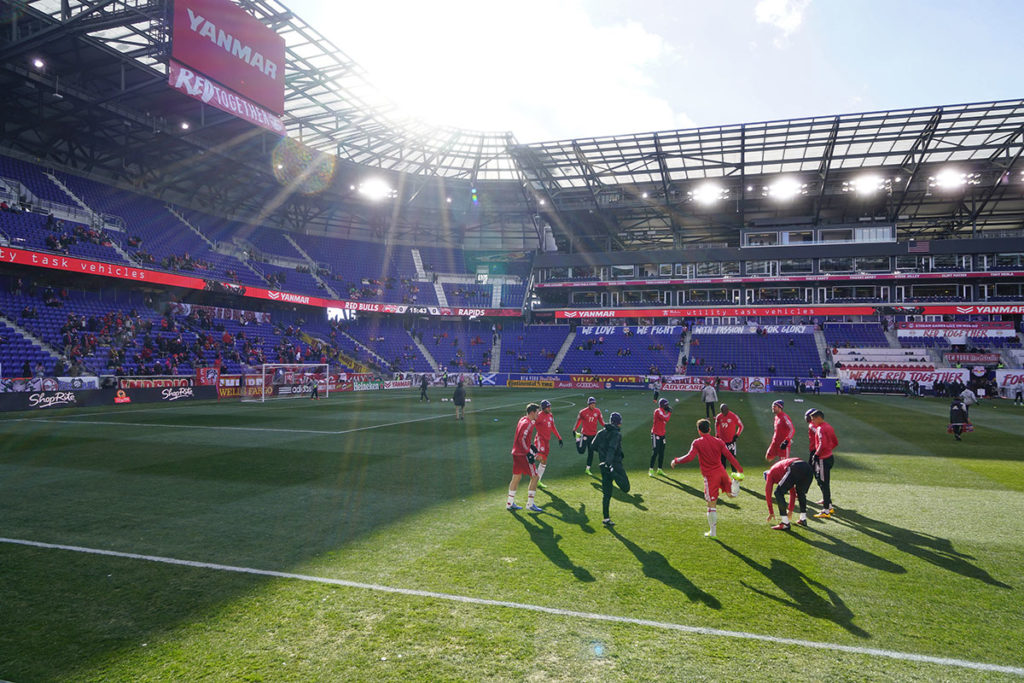 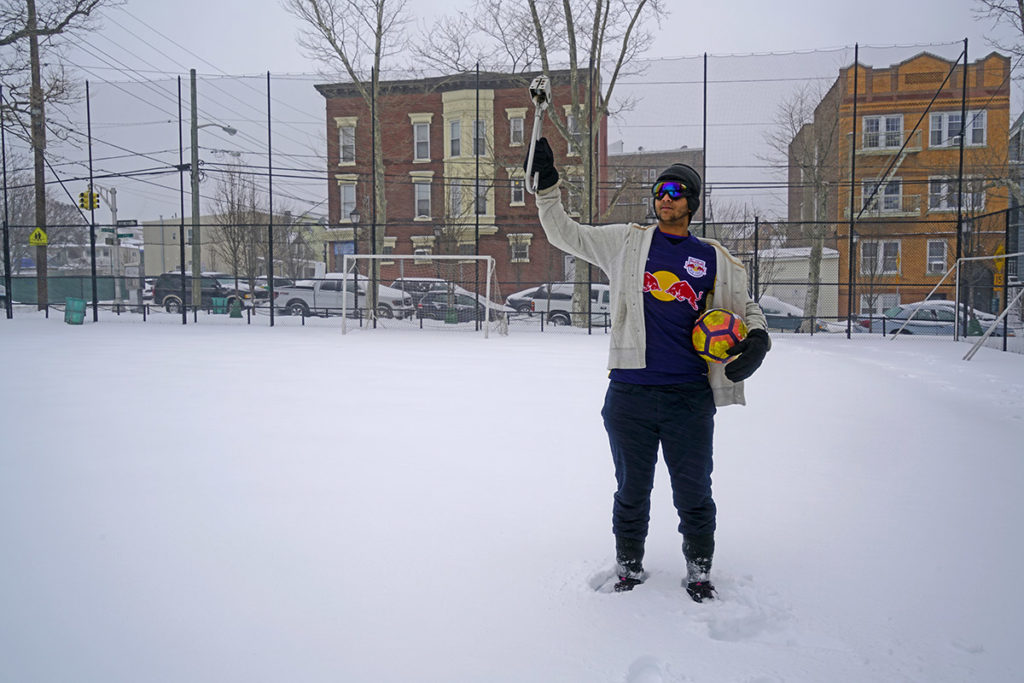 Moses sports the Subway Handle on a snow covered pitch in New Jersey. Futbol anyone? 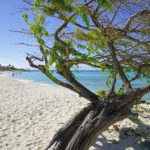 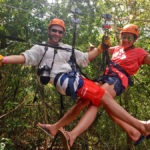 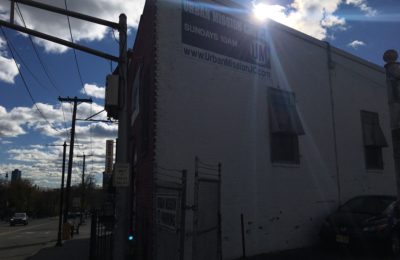 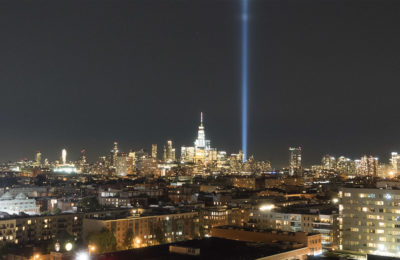 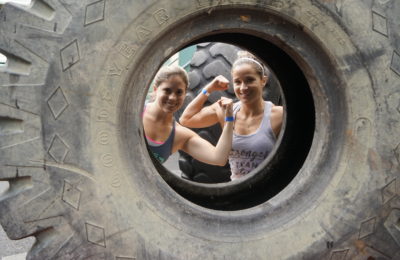