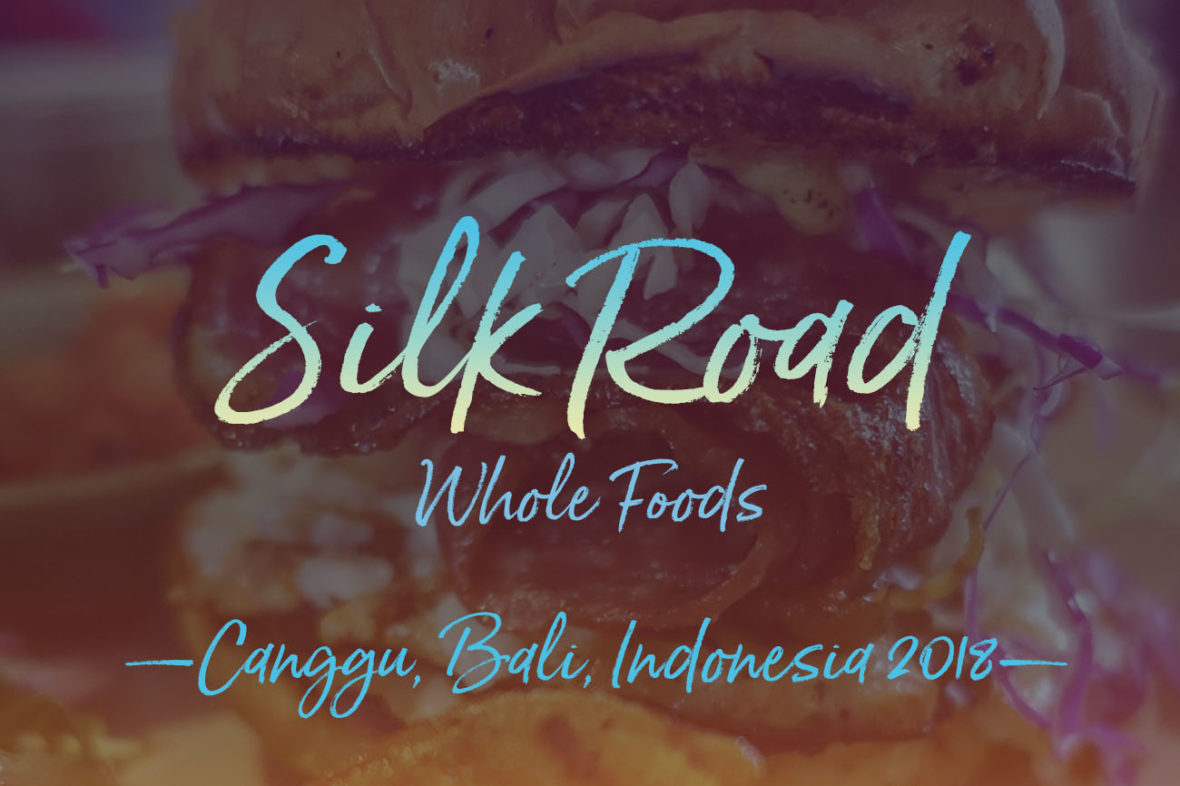 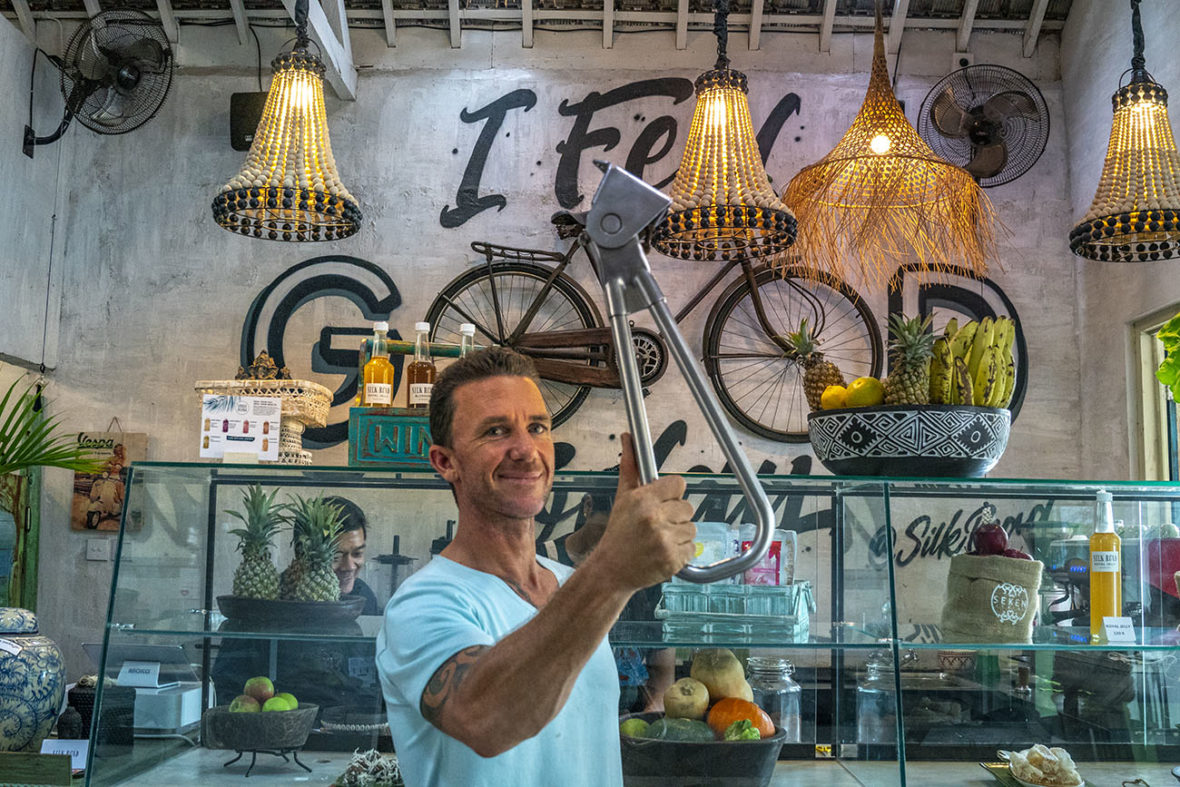 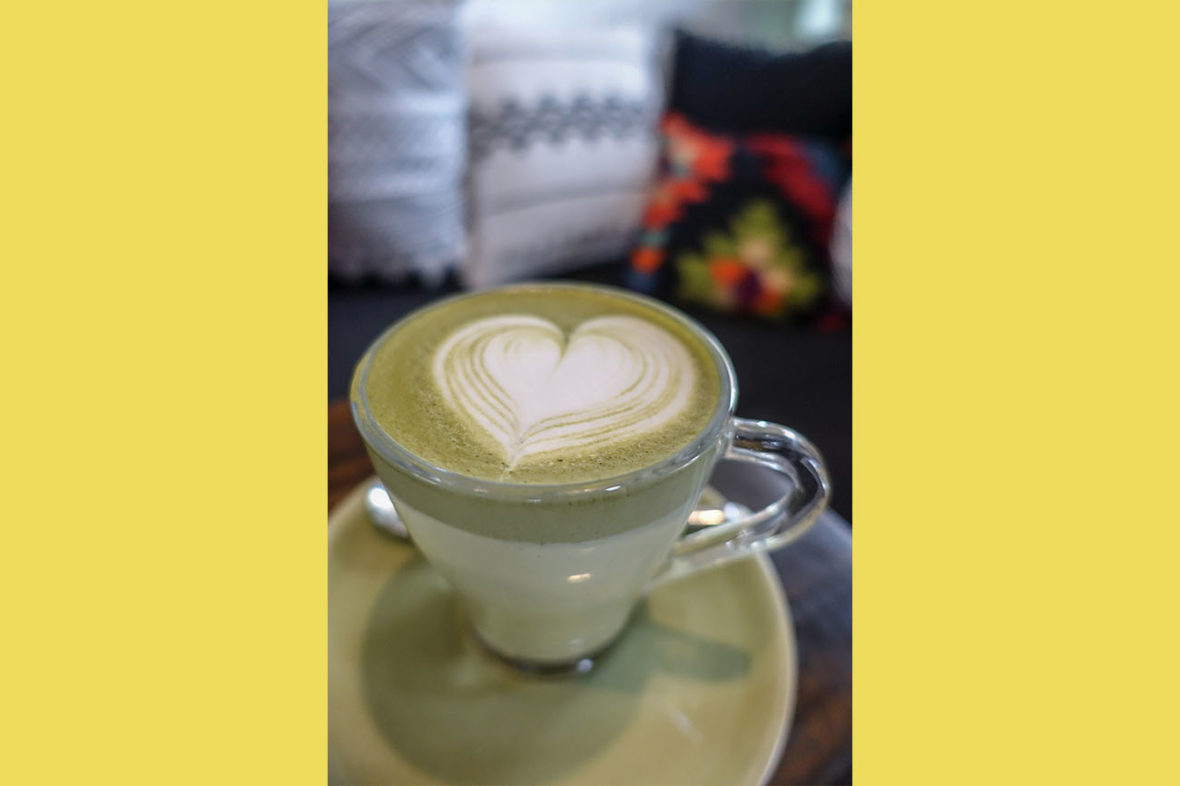 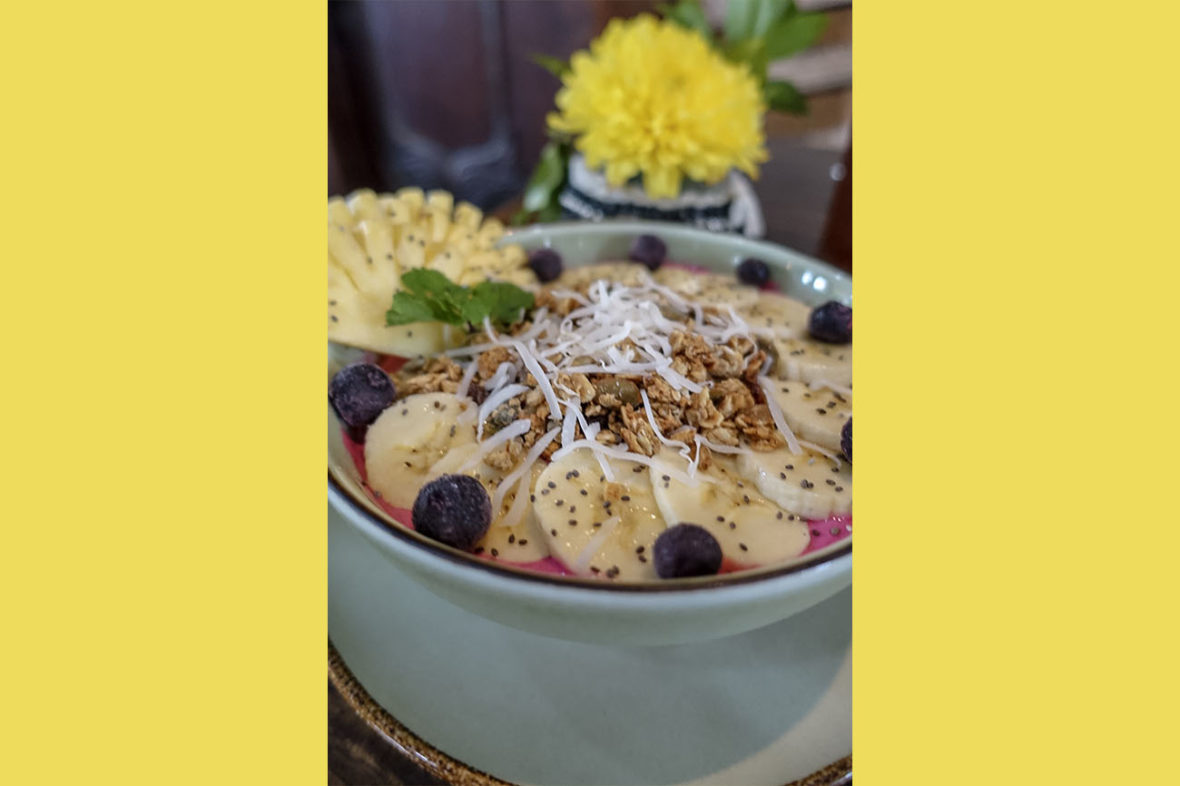 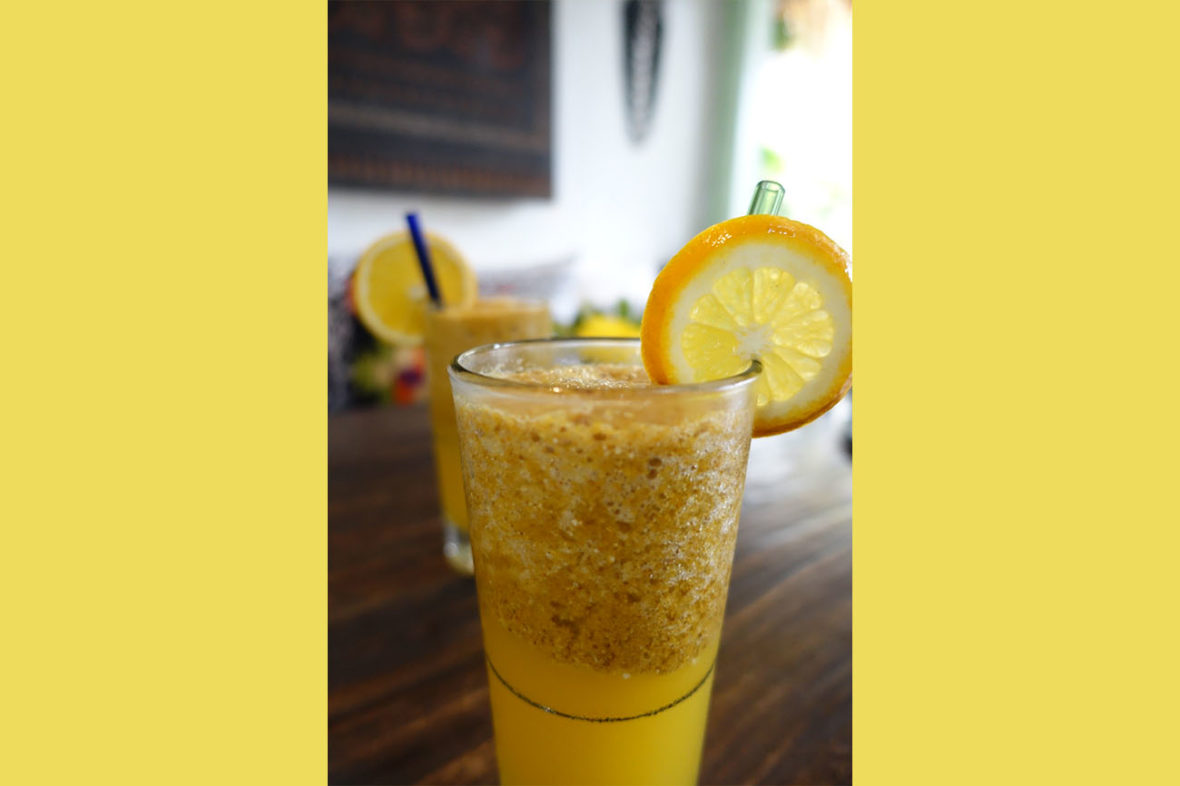 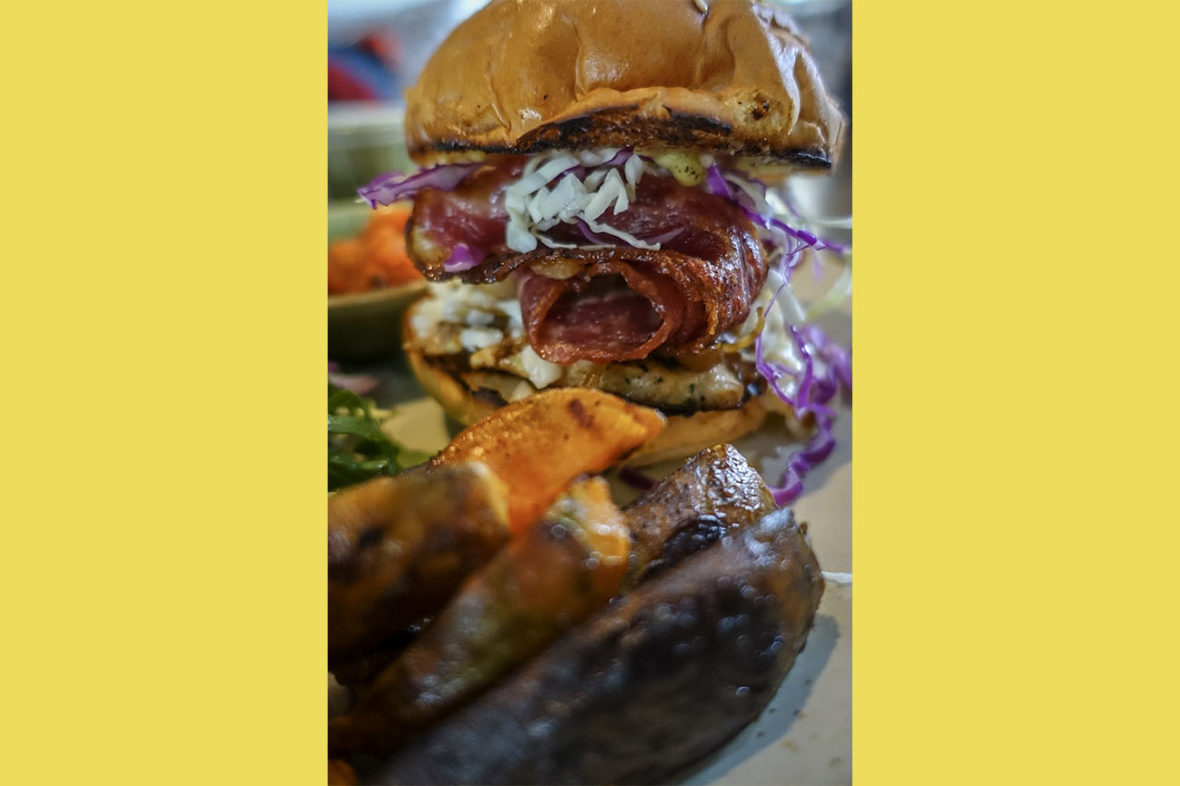 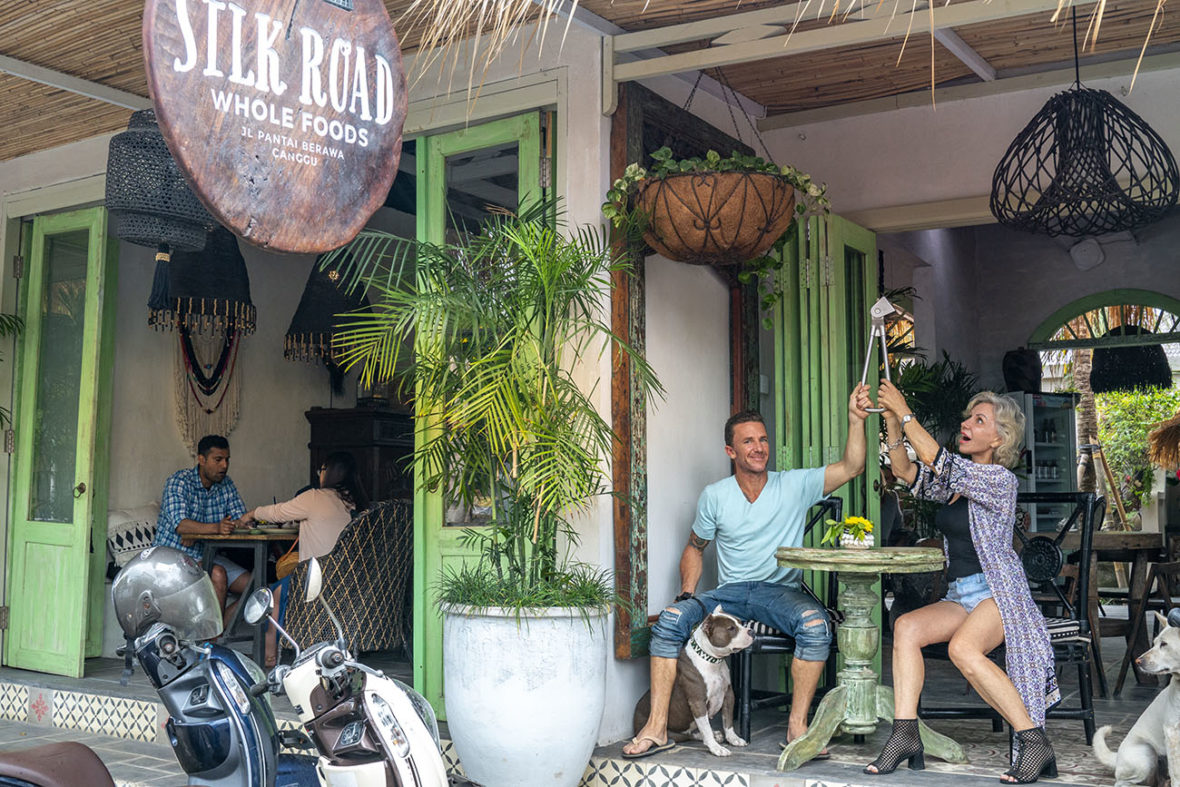 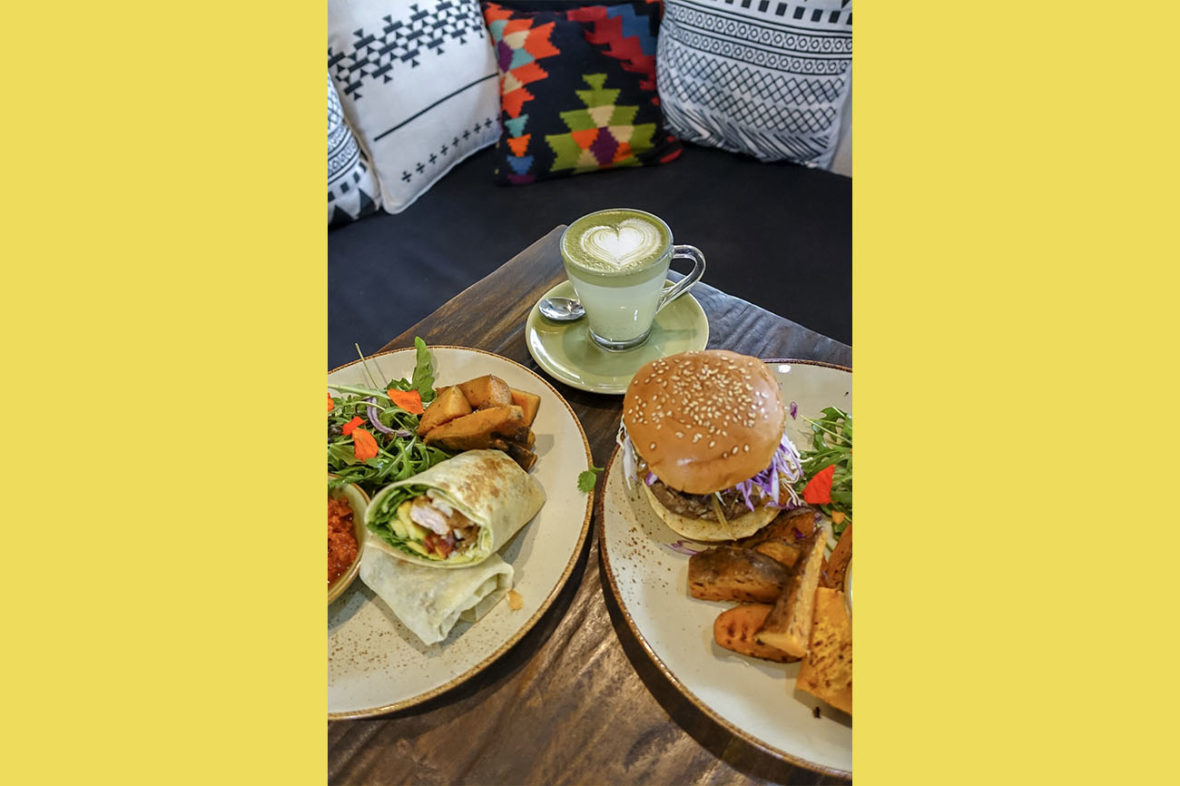 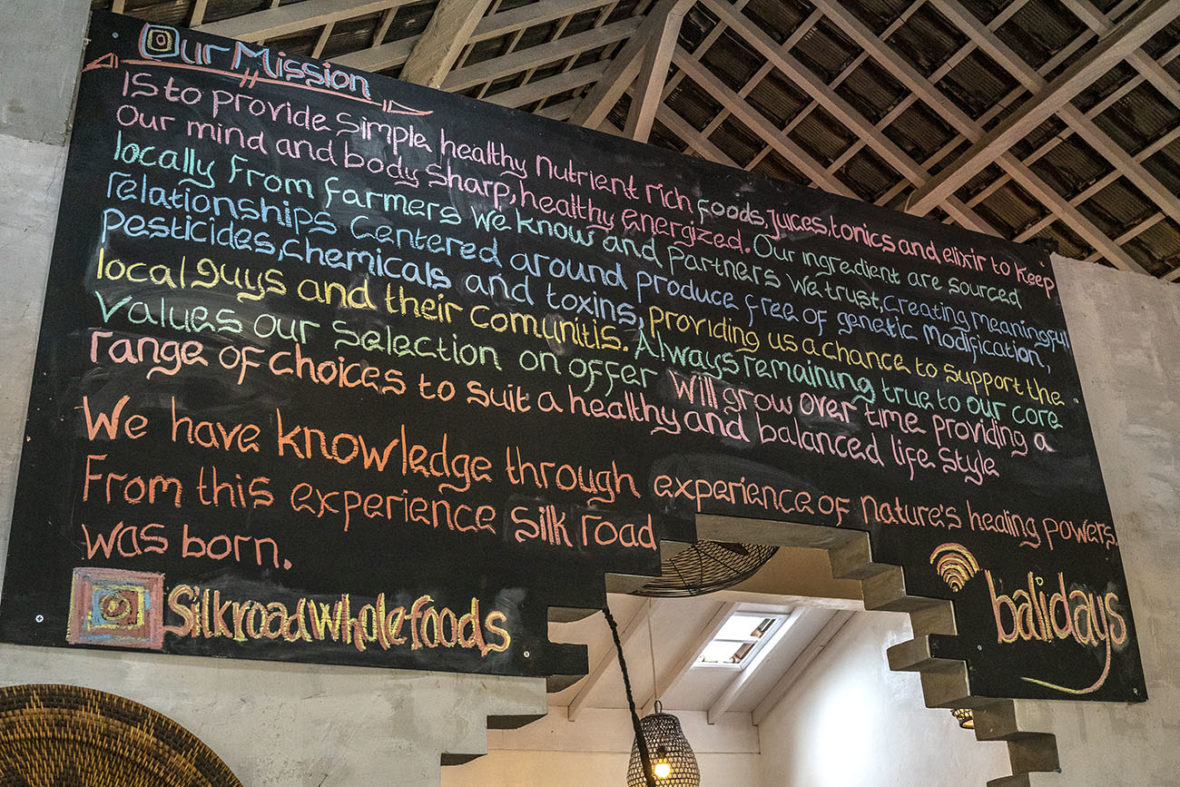 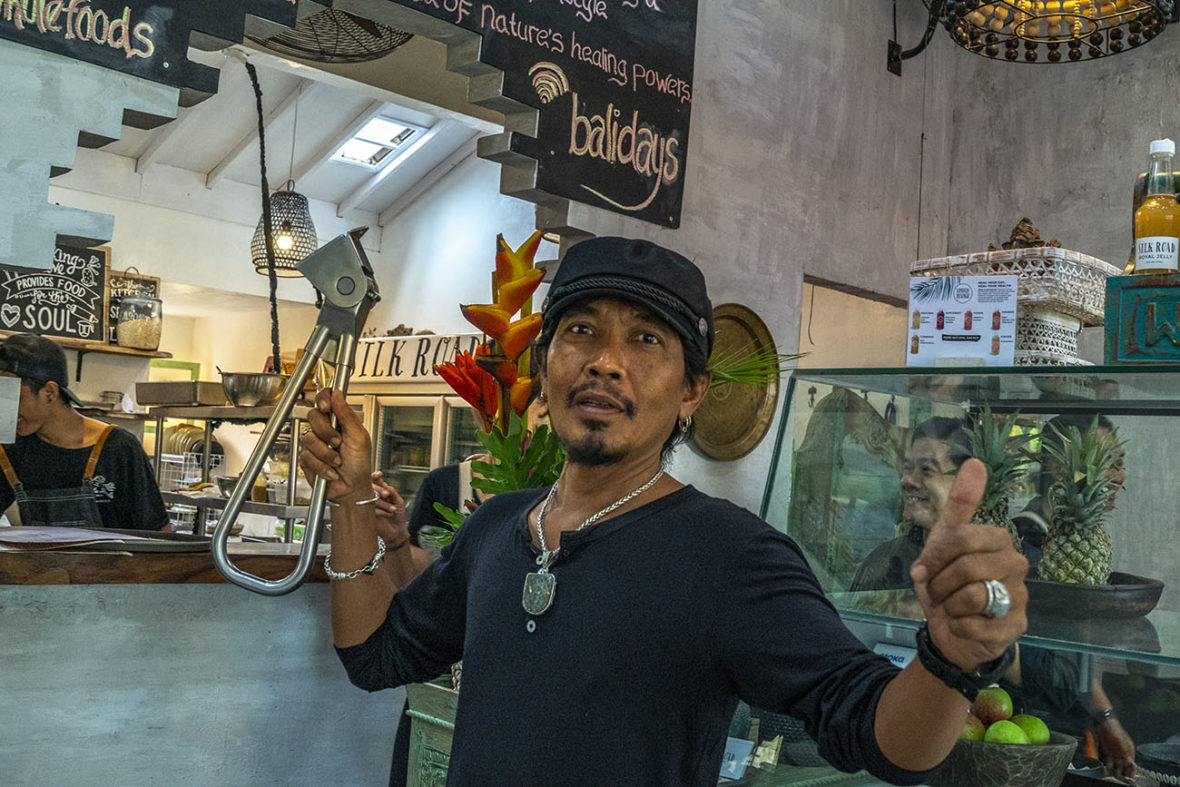 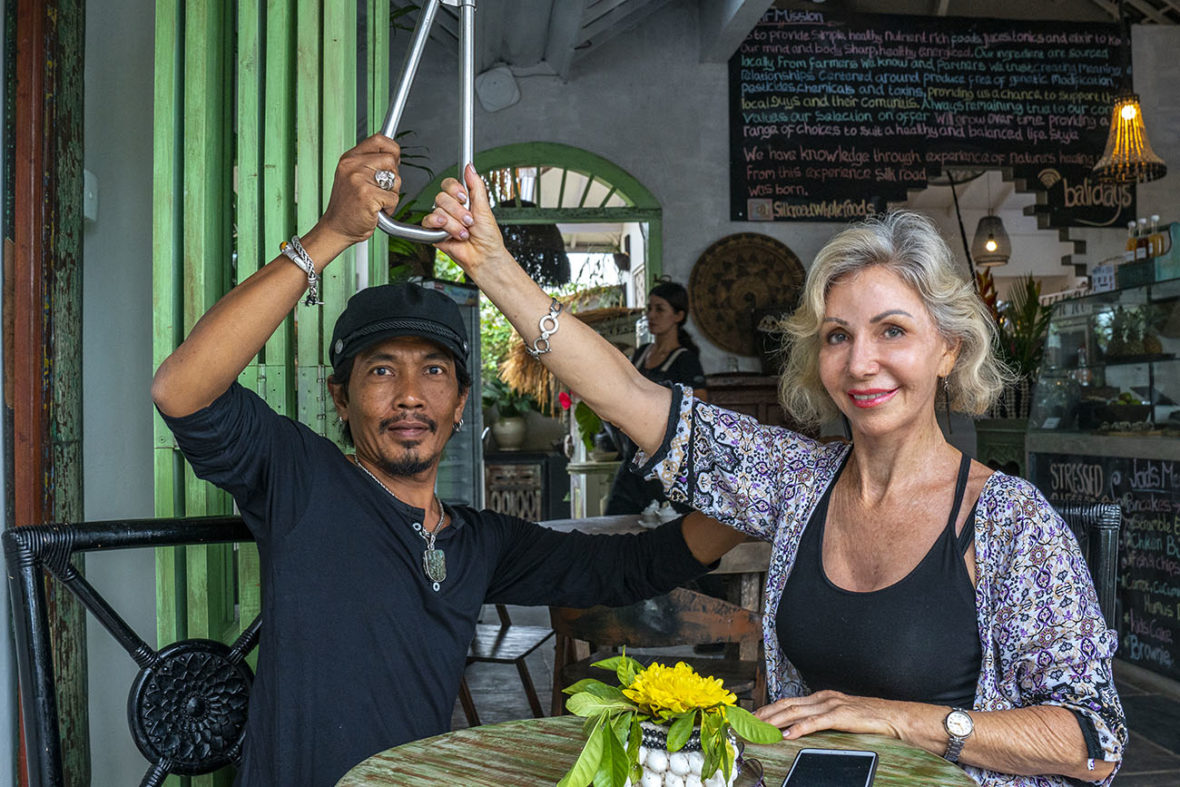 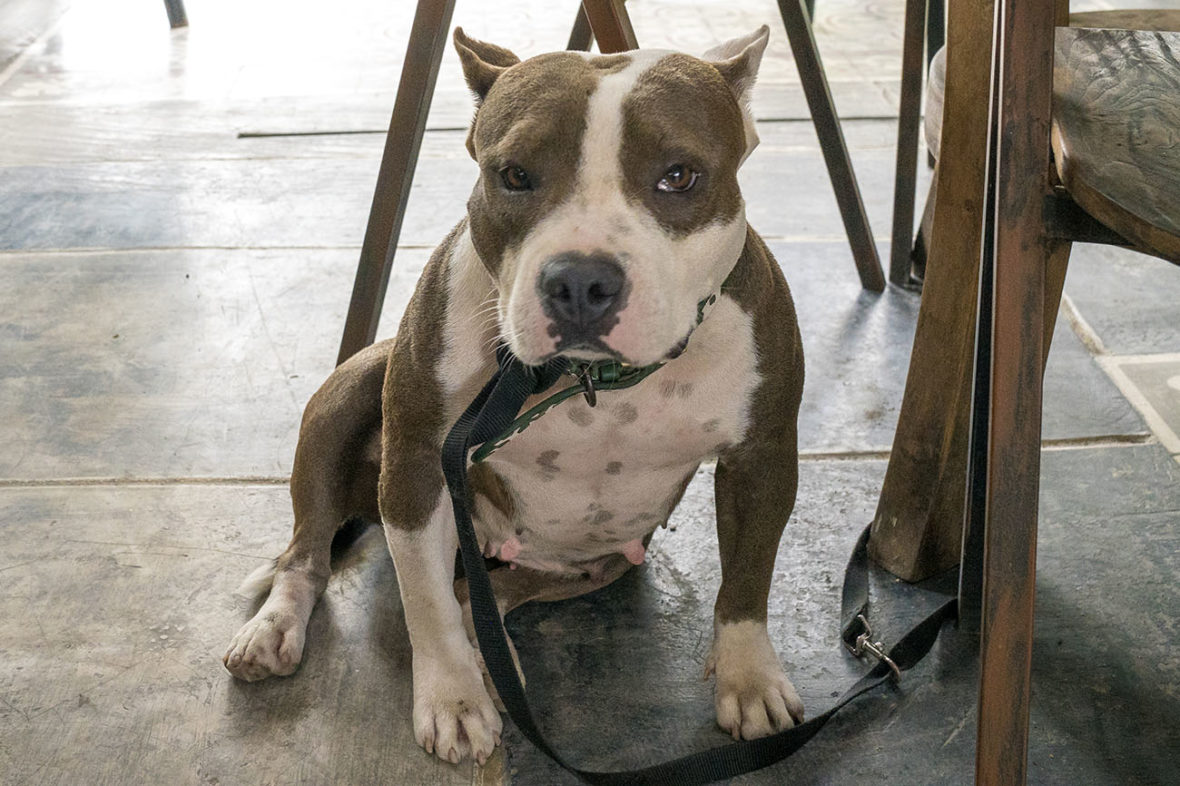 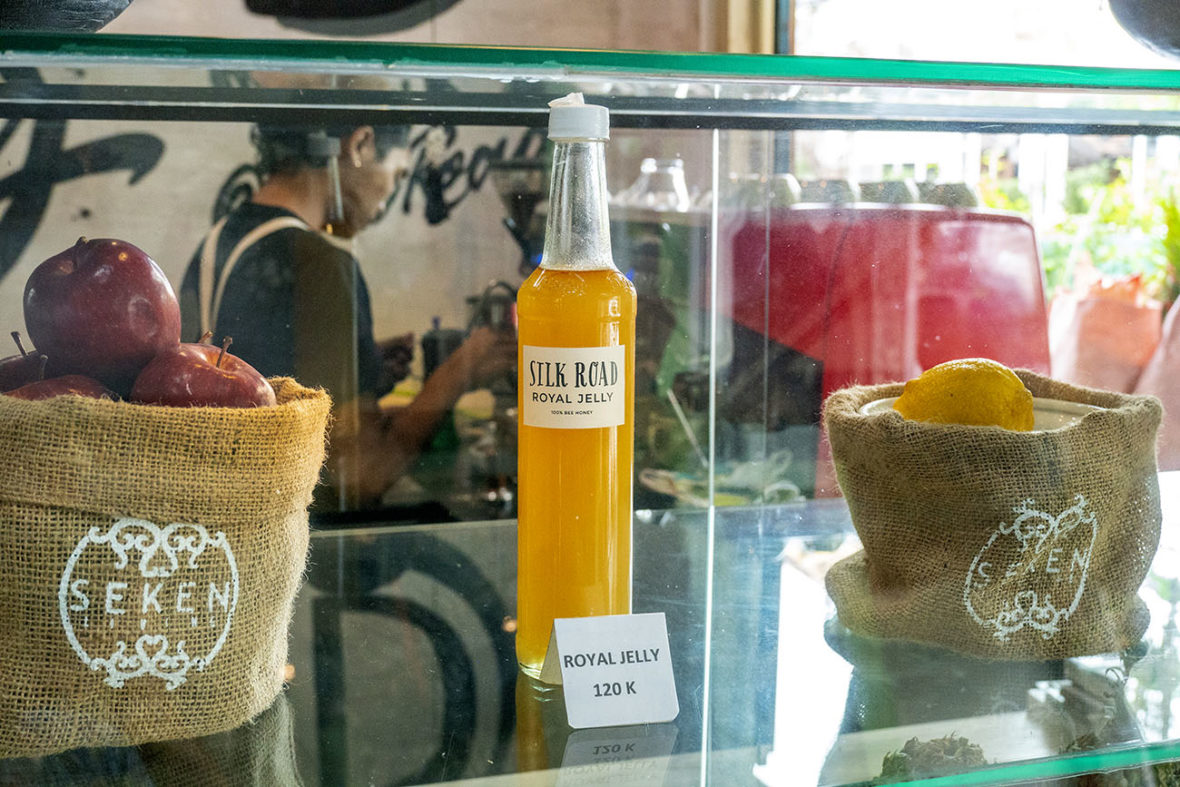 Three years ago a doctor told Matty—the future owner of Silk Road Whole Foods in Canggu, Bali, Indonesia—that his mom, Fiona, was very sick with cancer and that he needed to bring her from Bali to the Gold Coast of Australia for treatment. Instead, he flew to Bali to support her.

Fiona’s lymphatic system needed to detox, so Matty suggested a diet of exclusively fruit for ten days at a time, for two cycles. This allowed the lymphatic system to work harder. They flew back to “The Goldie” a few times for tests.

After two years of exclusively consuming organic foods and herbs, Fiona received a clean bill of health! Matty testifies that, “Food is medicine.” They don’t buy into Western culture’s “a pill for every ill” policy, so they opened Silk Road so that they themselves could eat there.

No chemicals or radiation were used to beat stage 4 metastatic melanoma. There’s a natural medicine doctor in Canada who recommended “Life One” drink, which they stand by.

Nature. Is his answer to “How?” “Detox. Detox. Detox. Everything is too toxic. Start with fruit,” Matty is convinced.

During her healing process, they opened Silk Road because she’s still alive, and so that she could have a place to eat. “It’s hard to find good, honest, chemical-free food,” Matty, a native of New Zealand, admits.

Matty enlightened us with his golden rule, “When you’re honest, it comes back around. When you put true love into something, people will notice and appreciate it.”

When we were drawn into his beautiful restaurant, it had only been reopened for one day. A mere three months after their grand opening, Matty was compelled to renovate. They dug up the whole back yard, planted a palm tree and completely remodeled.

Matty is a former landscaper and lover of nature, so he noticed that when the forests are depleted, the toxicity of our environment rises, and so does cancer. He truly believes that, “The health of the plants around you is essential. Nature is medicine.”

He wants to go back to the old school of food, and he thinks that people do as well. Back to the time when food grew naturally and healthily. Before corporate profit outweighed health concern for fellow mankind. Before pesticide sprays and “big pharma.”

“Nothing on the planet is organic. You have to go to the greenhouse and make your own soil. Then you have to look at the water. But as long as it’s ‘spray-free’ it’s ok. If there are bugs on it, it’s good enough for me.”

Matty is a wealth of information on healthy eating. He only uses gluten-free banana flour in his restaurant, and recommended the documentary Poisoned Children of Argentina, while we conversed over matcha chais.

Beekeeping is his number one love, and through it he has learned that, “The queen lives forty times longer and grows up to a third bigger by eating royal jelly exclusively.” Matty then gave us his secret nutrient-replenishing sports drink recipe, “Clean water, rock salt, and royal royal jelly, with soaked chia seeds. Once it’s fully swollen with water it forms a gelatinous membrane around it, and it takes your body 12 hours to digest. It’s a 12 hour slow-release electrolyte drink. My landscaping crew in New Zealand could carry railroad ties in the afternoon heat with this drink. Two sips of this is are as beneficial as a liter of water.

Royal jelly has every amino acid. Every part of a beehive is usable. That’s why they have found honey in 3,000 year old Egyptian tombs. Everything around you is healthier when you have bees. All of the plants, birds and environment benefits. Even with just one beehive in your yard, the trees produce more fruit.

If you want “queen royal jelly,” talk to a beekeeper, or get the Silk Road smoothie! It’s very powerful stuff. It will pump your heart! All your sugars are in honey, all amino acids are in royal jelly, and pollen has all of the minerals. Minerals are drawn up through plants’ roots and are offered as gifts to bees in the flowers. 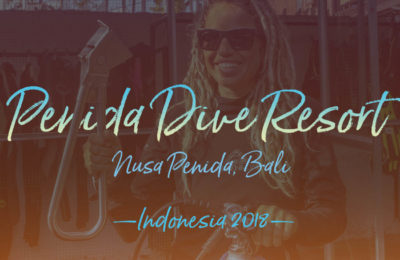 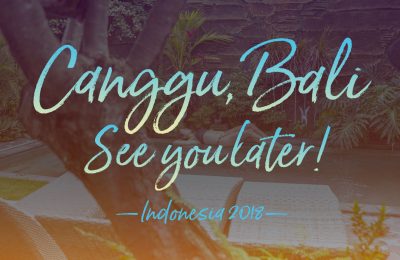 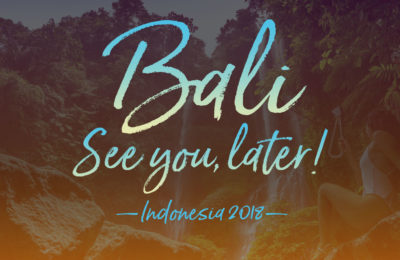